Baker's End: The King of Cats 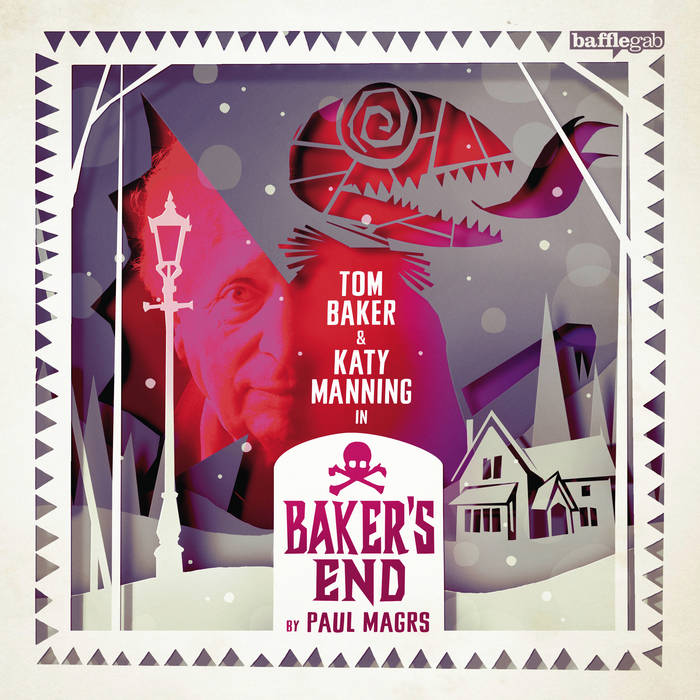 Mike Williams Never was a fan of Tom Baker beofre this, but gave it a chance. Happy to say I'm sold. The delighful linguistics would stump a lesser actor.

Rick Cross What can I say? I adore Tom Baker and Paul Magrs in equal measure, and this is Tom and Paul at their maddest and most brilliant! A phenomenal, unexpected wonderland of laughter and thrills!

alimax Take the names Paul Magrs, Katy Manning and Tom Baker separately and you know you're in for a treat. Put them together and what you have is amazing. Wonderful. As good as you hoped? Beyond brilliant!

Richard Thomas Tom Baker (The Fourth Doctor Who) & Katy Manning (Jo Grant the GROOVY companion of The Third Doctor Who) in the same story on CD. Why would you not want to own this?

Insidious creations while Bafflegab are small and produce only a few audio plays a years their productions are simply brilliant. bakers end is equal parts far fetched, mind bogling and down rite hilarious. buy it now or the king of cats that bears a striking a resemblance to tom baker will want a word with you!

"Beautifully bizarre and laugh-out-loud funny, writer Paul Magrs’ wonderfully baroque dialogue suggests the star himself may have had some input... A riotous, fantastical, absurdist romp... 82-year-old Tom has never sounded more at home than in Baker’s End."

"Dangerously whimsical like an out-of-control merry-go-round, simultaneously fanciful and dark like a children’s story revisited decades later... It’s the story of Tom Baker the person, the delighter in the macabre, playing a fictional version of himself who feels strikingly believable... a dive nose-first into weirdness"

"Baker’s End is indeed weird. It starts off relatively simple enough before going down a Wonderlandian rabbit hole to surreal events, Lewis Carroll style word play and some surprisingly adult humour... an incredibly enjoyable romp... very much a recommended listen"

"Here we have an unfettered journey into his mind that gave me more of a sense of the real Tom Baker than from reading his autobiography... Who is Tom Baker? If you like your audio drama joyful, barmy, magnificent, and with echoes of Boosh, Jabberwocky and the Goons, you may find out."