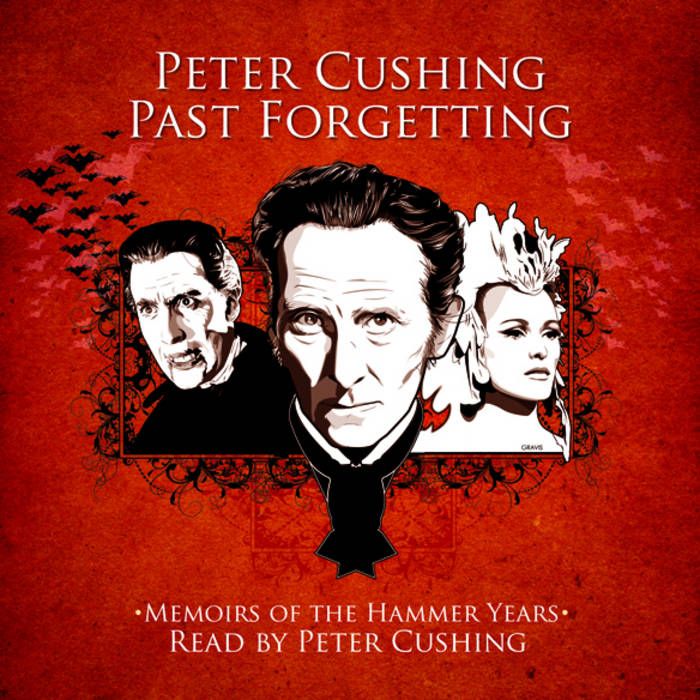 David A true gentleman recalls his life and talks movingly about the devastating and irreplaceable loss of his wife. Sounds depressing but Peter Cushing was such a gentle soul that it's hard not to be drawn into his world. We need more like him in the modern X-Factor / BGT Gomorrah we've allowed to develop.
Hmmm. I think I may be a curmudgeon.

"It’s a sad truth that nice guys don’t always write the best autobiographies. After all, most people want to read about the dark stuff, not an account of how lovely everything is.

A pleasing exception to the rule is this excellent audio book reading of the memoirs of Peter Cushing. Subtitled ‘Memoirs of the Hammer Years’, it actually goes beyond that brief and also deals with a great deal more.

There are tales from the filming of Star Wars, fond and heartbreaking memories of his wife, Helen, and Cushing’s thoughts about working with people as diverse as Laurence Olivier, Morecambe and Wise and, of course, Christopher Lee.

A bonus documentary featuring input from some of those who worked with Cushing and sleeve notes by The League of Gentlemen’s Mark Gatiss round off a wonderful tribute to a much-missed icon of cinema." TOTAL SCI-FI ONLINE

"In this day and age of revealing showbiz memoirs from self-congratulatory 20-something-year-old ‘stars' of reality shows, too young to have actually yet lived a life worth narrating, Past Forgetting is a charmingly old-fashioned reminder of how else this can be done.

Cushing quite obviously took the old adage to heart that, if you have nothing good to say about someone, you better keep schtum. As such, he focuses on all the pleasant interactions he had with his fellow men and colleagues and proves that it is possible to write an intriguing piece of autobiography without the need to dish dirt and debase either yourself or your co-stars.

As a result, we get to listen to stories of his interactions with long time friend, Christopher Lee, his relationship with Terence Fisher and other Hammer luminaries, as well as with a range of people popular at the time, but hardly remembered any more.

This is a two CD release. Bonus features include a small booklet with sleeve notes by The League Of Gentlemen's Mark Gatiss and a bonus audio documentary with David Miller (author of The Peter Cushing Companion) talking about Cushing and introducing comments by the likes of Christopher Lee, Jimmy Sangster, John Hough, Ingrid Pitt, David Prowse and Caroline Munro discussing their work with Hammer's gentle man of horror.

Overall, this is an absolute essential must-have for anyone interested in the actor and classic British horror in general." DEN OF GEEK