The Scarifyers: The Devil of Denge Marsh 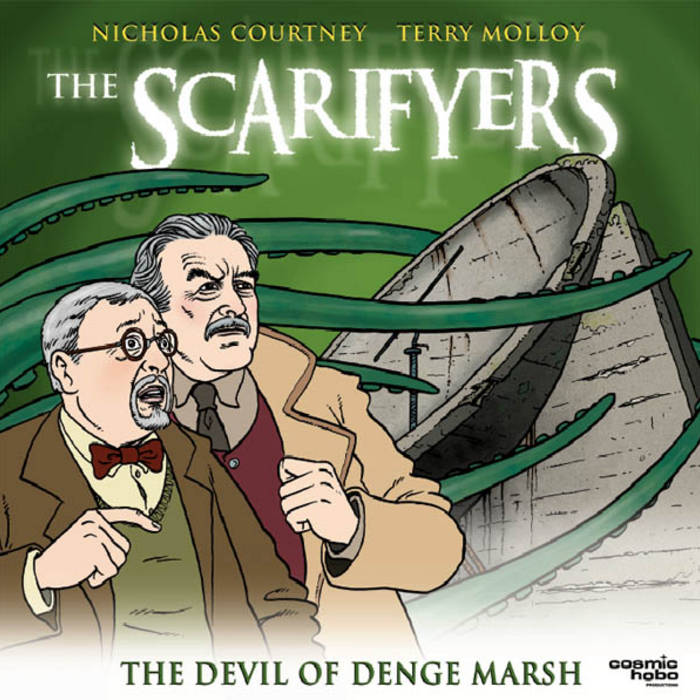 Chris Clifton The second adventure of the Scarifyers. Follow the exploits of Profesor Dunning and Inspector Lionheart as they uncover Lovecraftian goings-on, RAF experiments and... melting ministers~!! Favorite track: We Are Witches.

Sean Thomas Really fun radio plays. I've got three of them and they are well entertaining. This one is a loving Lovecraftian spoof. Ace.

“This second audio adventure of the Scarifyers is a pleasingly old-fashioned romp…It’s a gentle comedy, as old-fashioned as the setting, full of peculiarly British eccentrics and grotesques, but is no worse for that. The story, concerning Lovecraftian goings-on, RAF experiments with acoustic mirrors, and melting ministers, is a rum old concoction, full of pulp fun and spirited characters… The Scarifyers’ gentle, wry and occasionally creepy adventures deserve to continue, and we look forward to future exploits.”
Death Ray magazine

“I broke out into fits of laughing in the high street, much to the consternation of passers by. Word of warning, if you're going to listen to this in public you may spend an inordinate time with a silly grin on your face. Having settled into their new characters Nicholas Courtney (Lionheart) and Terry Molloy (Dunning) put in even better performances the second time around. A professionally produced, well acted, funny yarn, which should entertain anyone from eight to eighty. This release is a little slice of audio perfection.”
Sci-fi Online