The Scarifyers: The Magic Circle 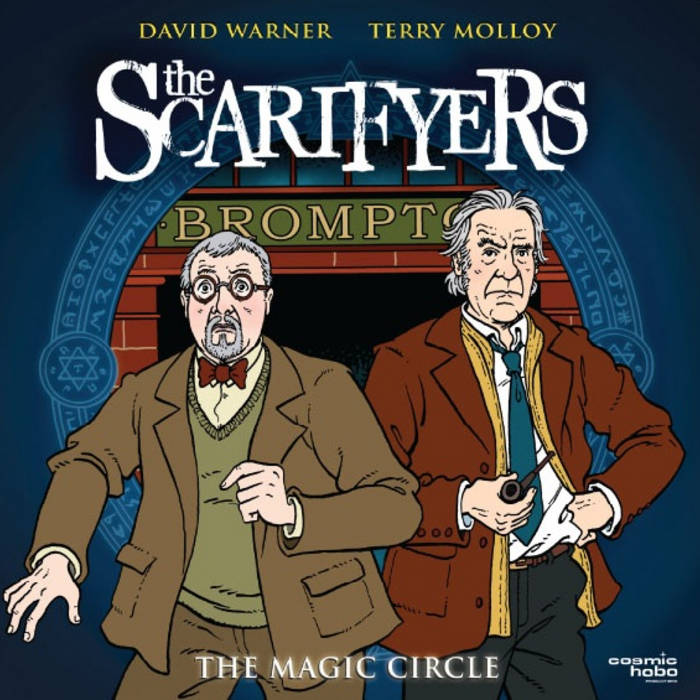 Frances Dady A beautifully written and played story which deals with the death of Lionheart (the much-missed Nicholas Courtney), the search for his daughter and introduces his replacement, Harry Crow (David Warner) to MI13. The usual marvellous performances from the ensemble but special mention goes to Stephen Thorne, whose impersonation of Nick at the story's climax raised the hairs on my arms. Totally brilliant!

Chris Clifton Installment six of the Scarifyers.
Lionheart is missing, so Dunning teams up with ex-copper Harry ‘Thumper’ Crow. The only clue to his disappearance seems to lie in an old unsolved murder investigation. Magicians are being murdered and the dead are rising, and what is that smell? Can our heroes uncover the mystery and find Lionheart? Favorite track: A nosy Professor.

Matthew Morgan A truly entertaining, hilarious and touching tribute to the late, great Nicholas Courtney, in an audio series that pays great homage to 'Doctor Who' and the H P Lovecraft mythos in a enthralling, engrossing and hugely entertaining series of audio adventures!

Insidious creations not just another strong addition to the series but also a heart felt farewell to Nicholas courtney.

"There’s an intriguing and atmospheric adventure at the heart of the script, while the foregrounding of Lionheart does justice to the much-loved (Nicholas) Courtney, leading to a surprising – and genuinely moving – conclusion... a tribute that’s respectful, but far from sombre. Just the way he’d have liked it." SFX

“The Magic Circle is a well-produced, beautiful sounding, totally gripping story that drips with jokes so bad they’re good. The acting is right on the button, and as a way of moving the series on after the loss of Courtney, it does it admirably and touchingly. Basically, it’s really good.” Starburst Magazine

“There is a touch of magic about The Scarifyers and this outing offers an emotional twist in its tale... There is no doubt that all involved in this fine production respected and loved Nicholas (Courtney), and the treatment of his character's memory really does reflect that.” Nebula One