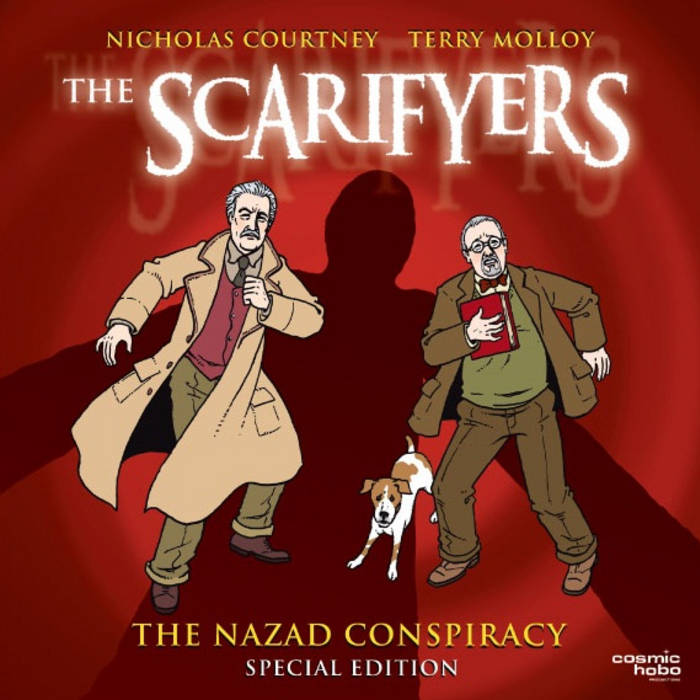 Mike Williams Sweet launch to the series. I LOVED the Brigadier in Dr. Who. He was my favorite character.

Chris Clifton The first adventure of the Scarifyers.
Comedic radio drama at its best. Fantastic audio quality, and one hell of a good laugh. Supernatural crime fighting set in 1930s' Britain. If you can imagine a Tintin, Ghostbusters, HP Lovecraft mash-up then you're on the right track. Favorite track: The Visitor.

“Terry Molloy (aka Davros) plays a professor and writer of supernatural stories who gets drawn into a part-criminal, part-spooky nightmare with a policeman played by Nicholas Courtney (who used to assist the Doctor as Brigadier Lethbridge-Stewart). It's got a ludicrous plot involving demons, the Romanov family and an attempt to bring Rasputin back from the dead, but it's rollicking good fun as well.”
Radio Times

“The first story in the Scarifyers series, The Nazad Conspiracy... is, in many ways, the bastard child of Douglas Adams and a sort of period Avengers, with all the quintessentially deadpan wit that implies… It tries hard not to be laugh-out-loud and for that very reason, is exactly that - peppered with the sort of unflappably dry and English wit that has been sadly lacking in recent British light drama… For its three-week-run, it was quite simply the smartest and most enjoyable thing on British radio.”
TV Zone