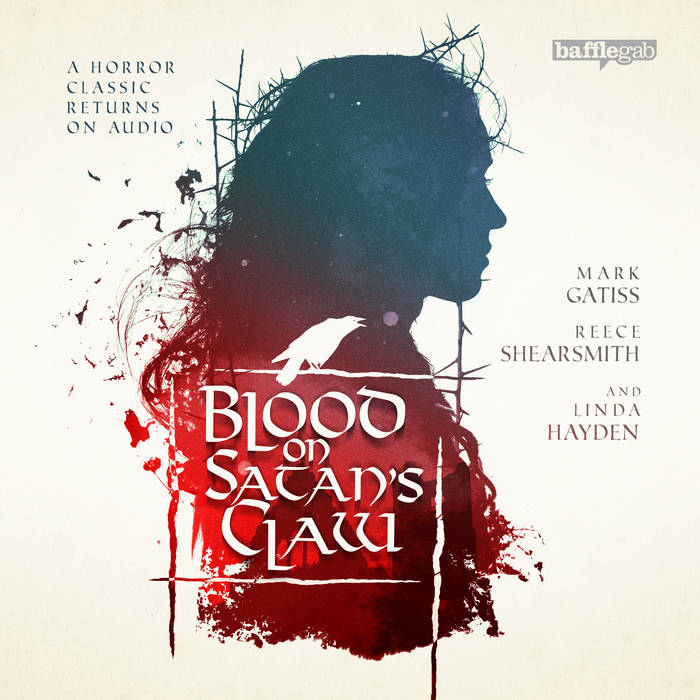 John Roach It brings back all the great British horror movies of the 50's through the 70's. It ROCKS!

17th century England, and a plough uncovers a grisly skull in the furrows of a farmer’s field. The skull disappears, but its malefic influence begins to work in insidious ways upon the nearby village of Hexbridge.

First, the cows stop milking and the fruit turns rotten on the trees. Then, an insolent ungodliness takes hold of the local children; mysterious fur patches appear on limbs; and people start disappearing…

Something evil is stirring in the woods. Something that is corrupting the village youth, who retreat to the woodland deeps to play their pernicious games. Hysteria spreads as it becomes clear that the Devil has come to Hexbridge, to incarnate himself on earth. Can the villagers, led by the Squire Middleton (Mark Gatiss) and Reverend Fallowfield (Reece Shearsmith), prevent the Devil gaining human form?

A Bafflegab Production
Adapted by Mark Morris, from an original script by Robert Wynne-Simmons
Produced and directed by Simon Barnard
Sound design by Simon Robinson
Music by Edwin Sykes
Artwork by Stuart Manning
Recorded at The Soundhouse and Moat Studios, London